So far this season Odonata has been very scarce with the usual garden visitors largely absent. A Hemicordulia species has occasionally been seen flying, with the common Tau Emerald the main suspect. However on a very hot day that reached 43 C, it came into the carport for shade and shelter, and it was quickly apparent that it was an Australian Emerald, Hemicordulia australiae. The Tau Emerald is identified by the bronze pterostigma and leading edge wing vein, whereas the Australian Emerald has black with a narrower yellow tail patch. The green tint to the eyes is another field mark. 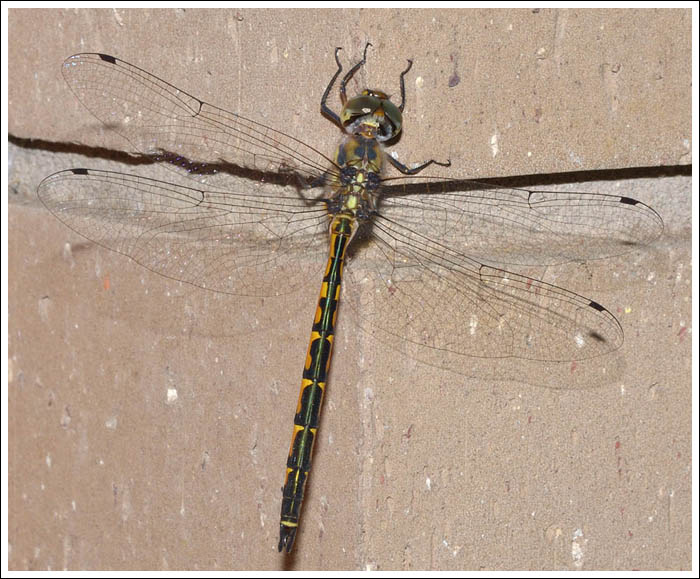 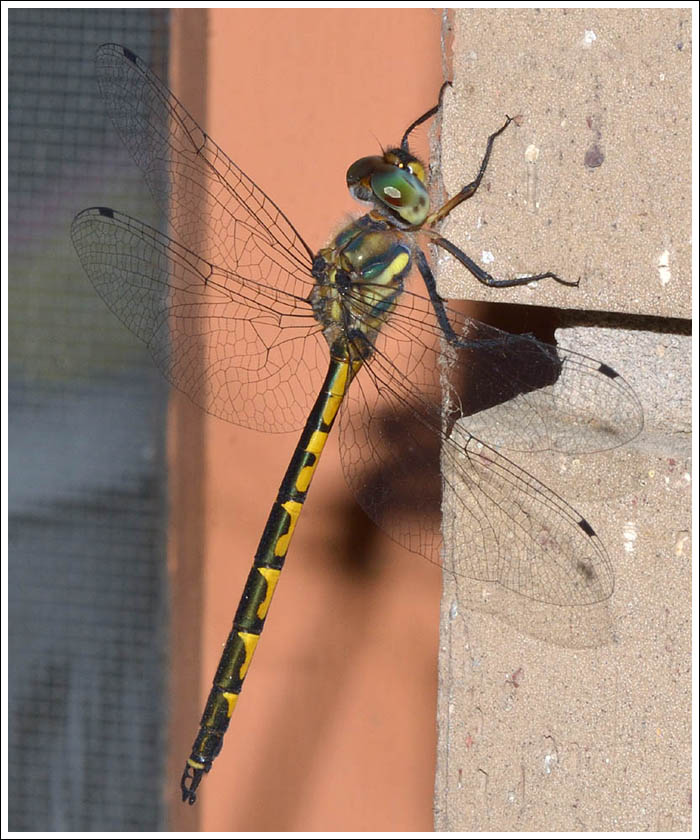