A warm sunny day saw increased invertebrate activity in the garden, with the flowering Eremophila maculata a fruitful source of photographic subjects. The flowers were dripping with nectar. 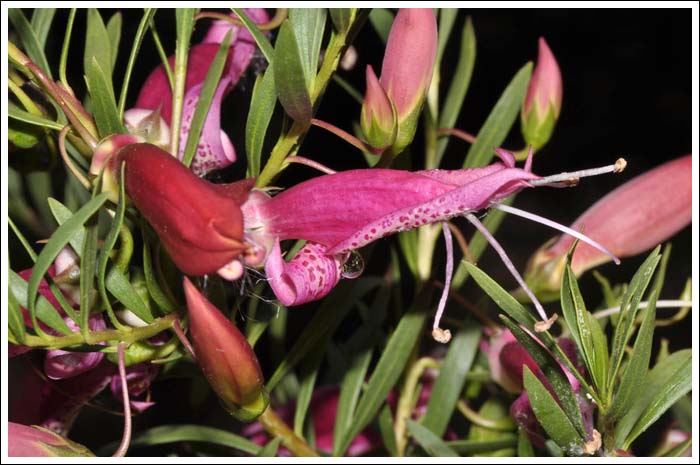 The native bees, Lasioglossum calophyllae were however intent on gathering pollen from the anthers. This series of images shows one hard at work. 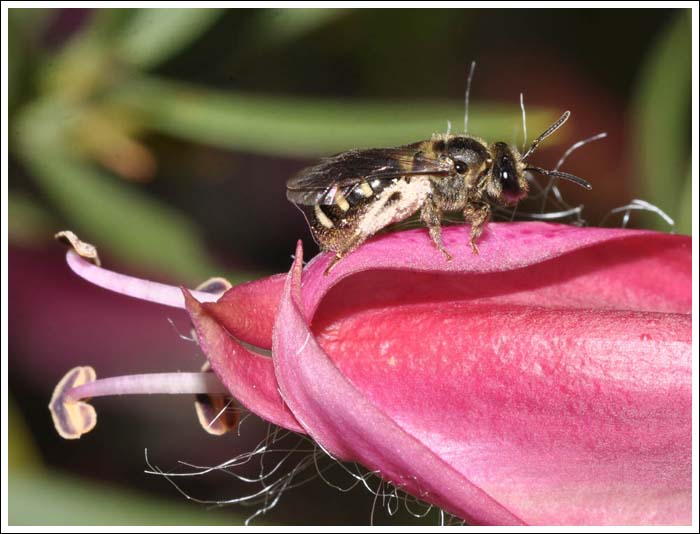 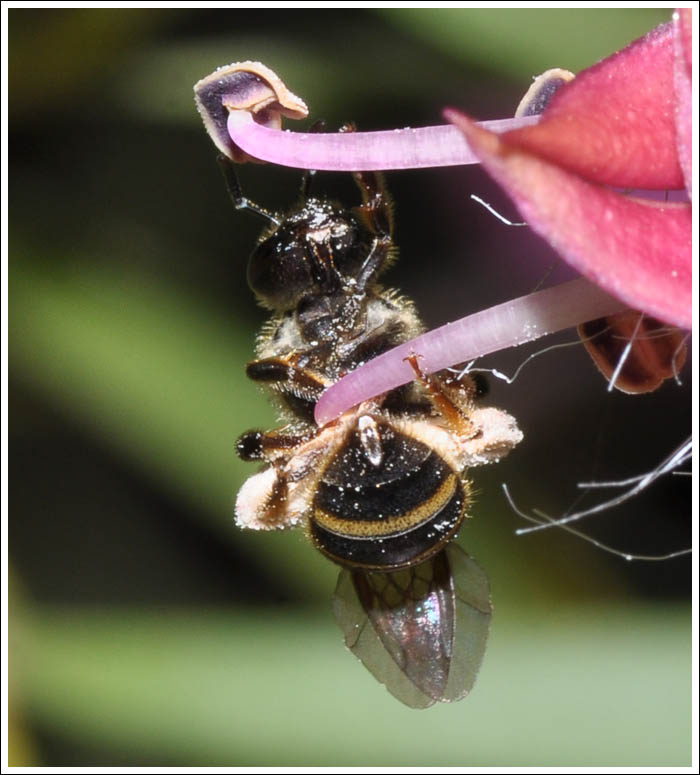 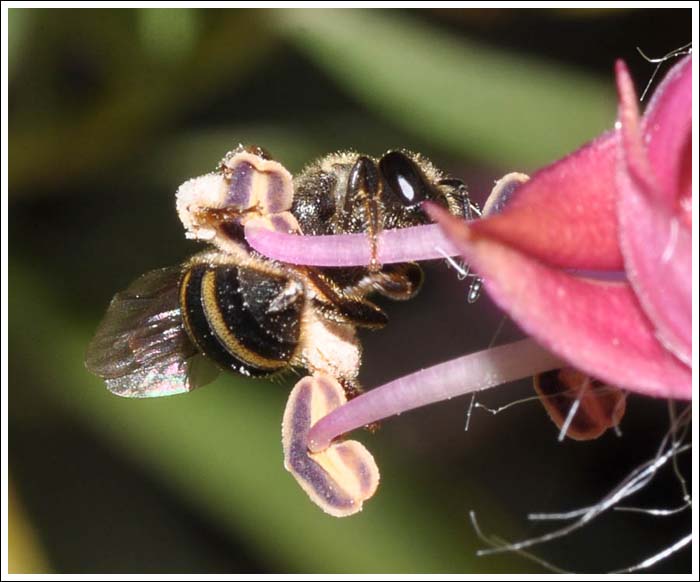 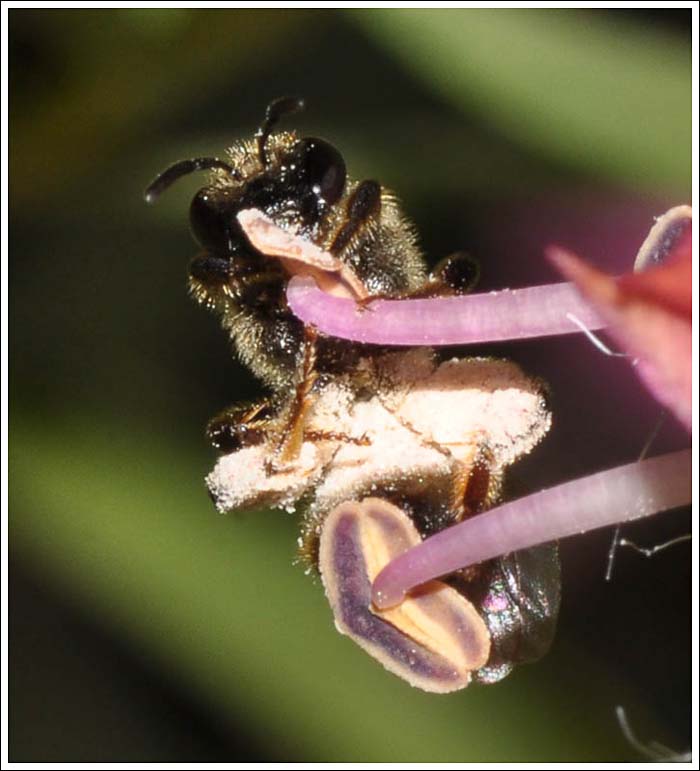 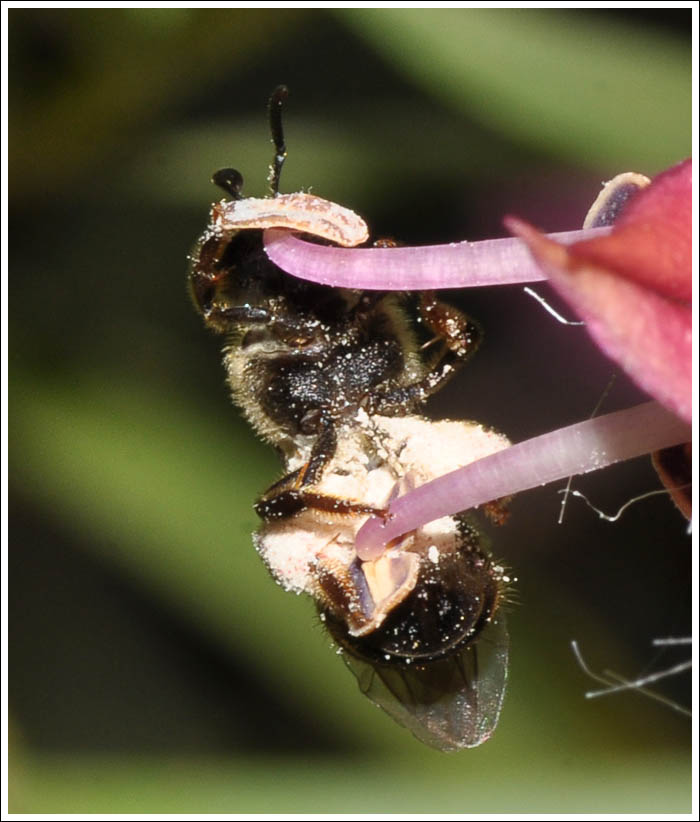 The Bulbine barbata are in flower also, and contributing pollen. 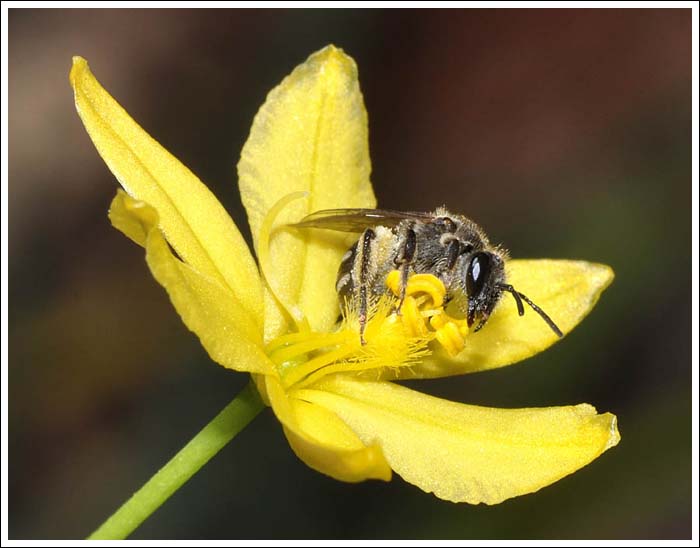 Warm days have been hard to come by this September, and consequently invertebrate life has also been hard to come by. However, good things come to those who wait, and a sunny day with a light breeze saw things change. The Gold Dust Wattle, Acacia acinacea is in full flower attracting native bees, Lasioglossum (Parasphecodes) hiltacum. The breeze foiled attempts at a sharp photo of the fast moving little bees, but a flower fly, Lauxaniidae species was an easier target. As with many of the photos taken, the foliage had to be steadied with one hand while the camera was operated by the other. 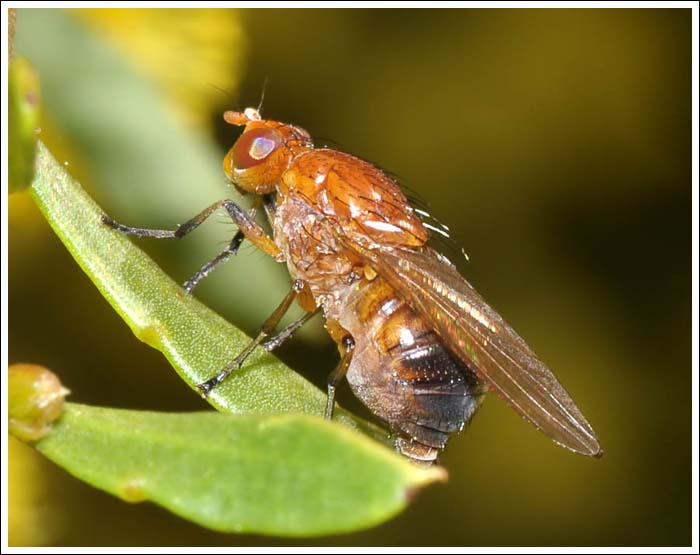 Flies in the Therevidae family are commonly known as Stiletto Flies, and are frequent visitors to the moth light. On this occasion quite a number were gathered around the Leptospermum macrocarpum with mating in progress. 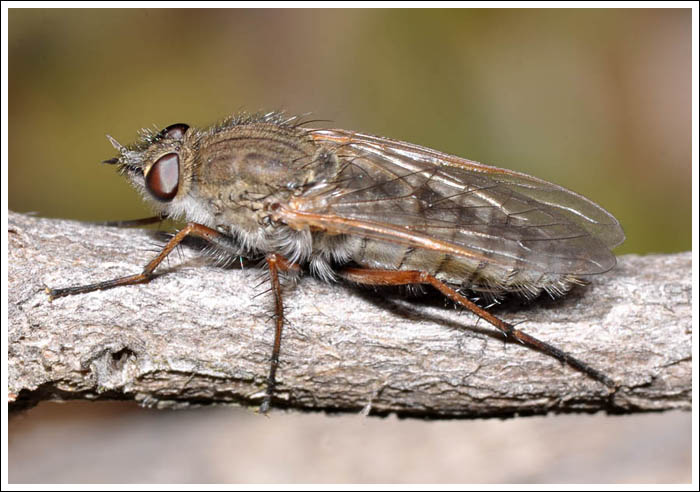 A different native bee species was seen,  Hylaeus (Prosopisteron) littleri, and eventually photographed sitting on a grevillea. She is concentrating a droplet of nectar  by evaporation of excess moisture. 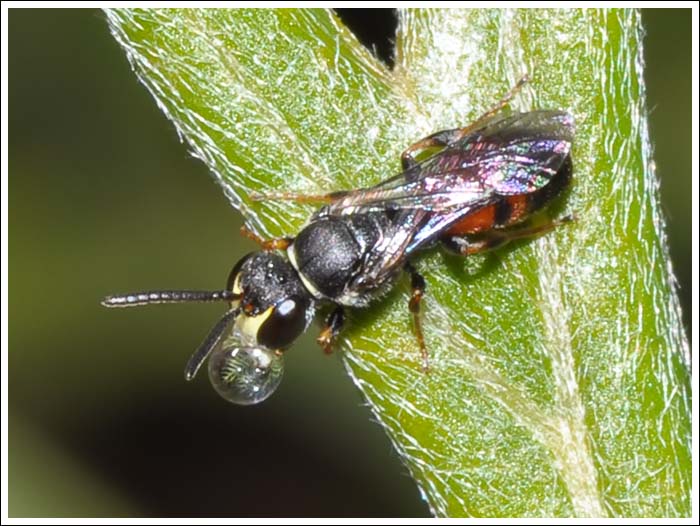 The warmer temperature saw jumping spiders out and about. This Jovial Jumping Spider, Ocrisiona jovialis was roaming on the wall of the house. An attractive species, it is commonly encountered. 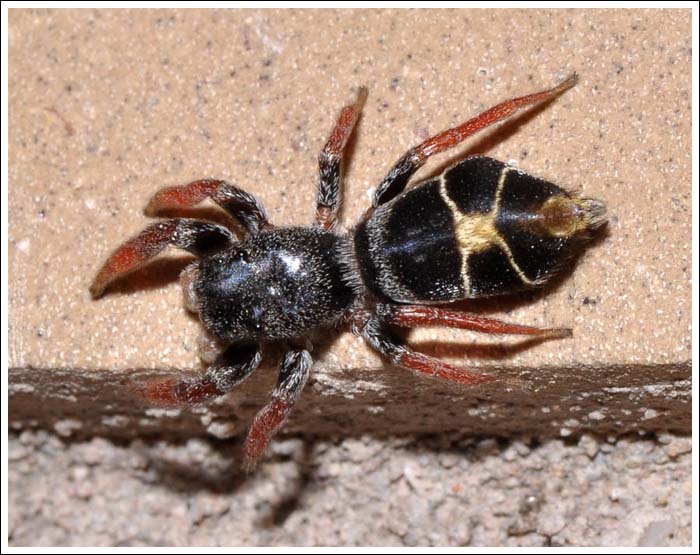 Also commonly encountered on the trunks of the garden trees is the Hoary Servaea, Servaea incana. A male and a very fat female were photographed. 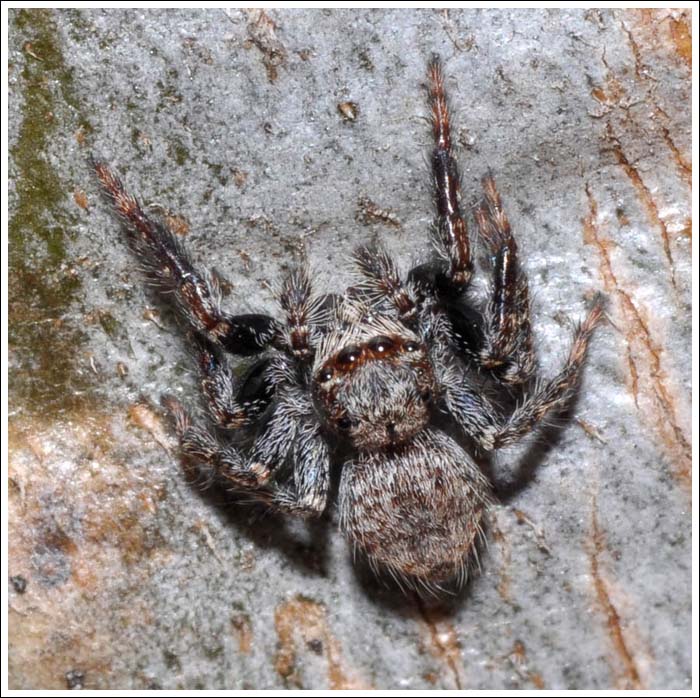 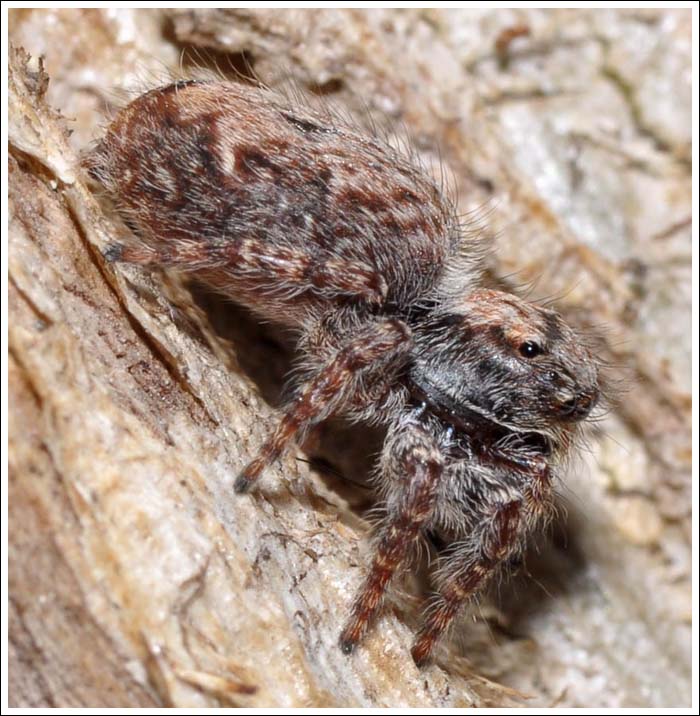 There are a good number of the often featured Two-tailed Spiders, Tamopsis species on the trees. These speedy hunters never fail to intrigue with their superb camouflage. 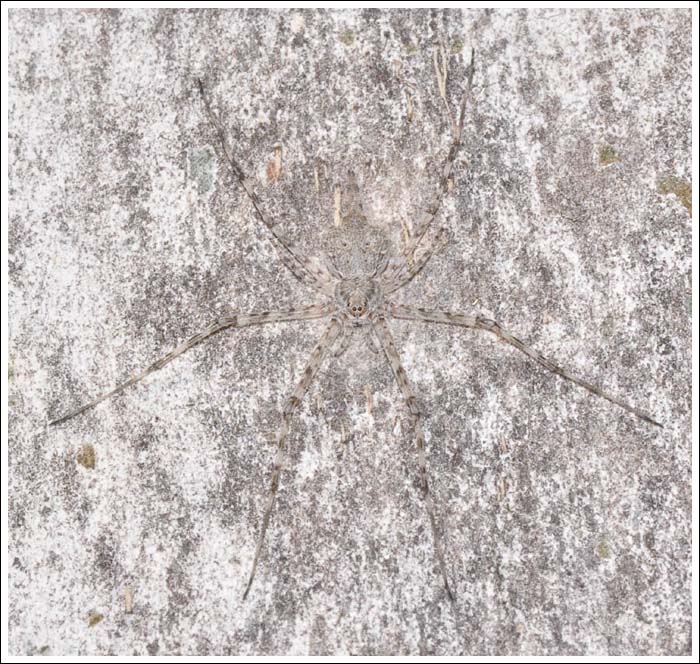 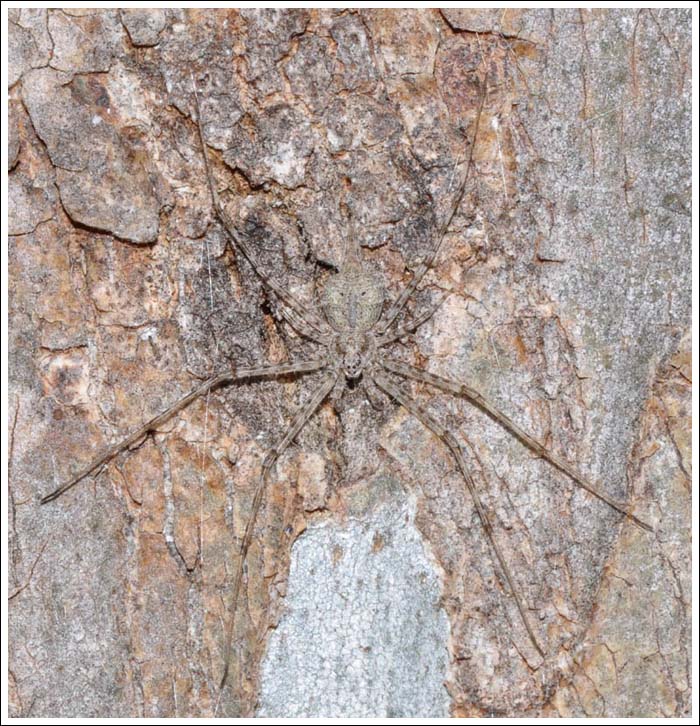 This picture shows a female being courted by a male. The smaller male was gently tapping the tips of her hind legs with his front legs. 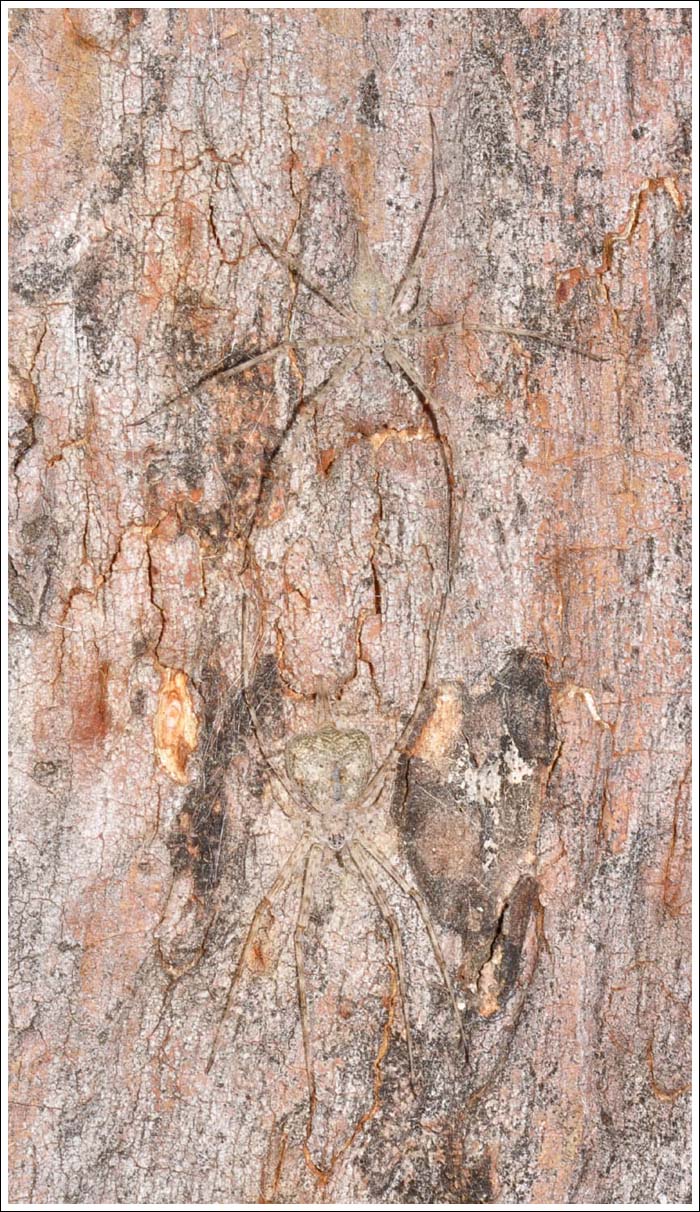 Larvae of Sparshall’s moth, Trichiocercus sparshalli are spectacular and are often found on the trunks of the red gums. 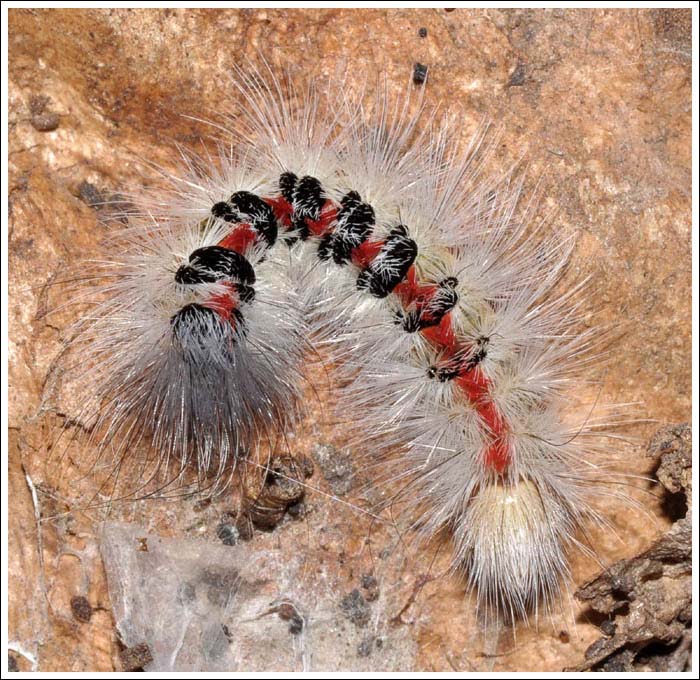 The “green drought” the local area is experiencing has coincided with the appearance of many Horse Dung Fungi, Pisolithus species in the bare ground under the trees. This one is just emerging. 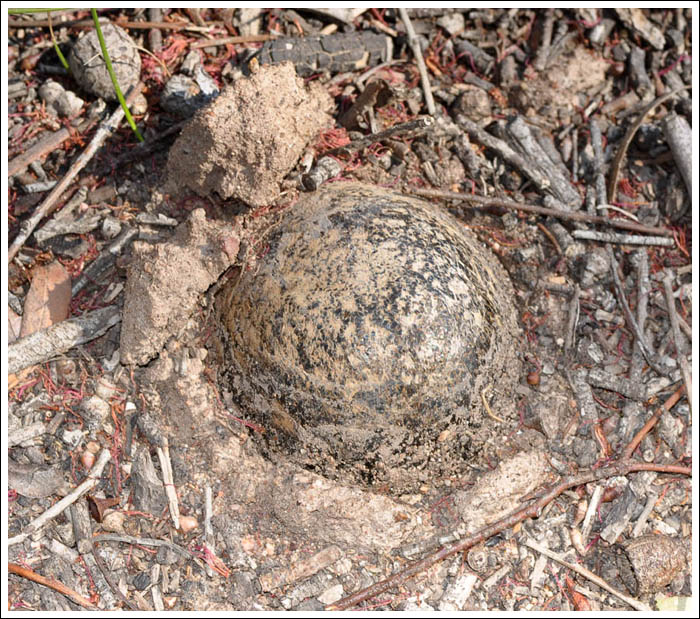