The bee house has seen activity with masked bees utilising the bamboos for nest sites. Photographs taken on different days revealed that two species of Hylaeus are involved. 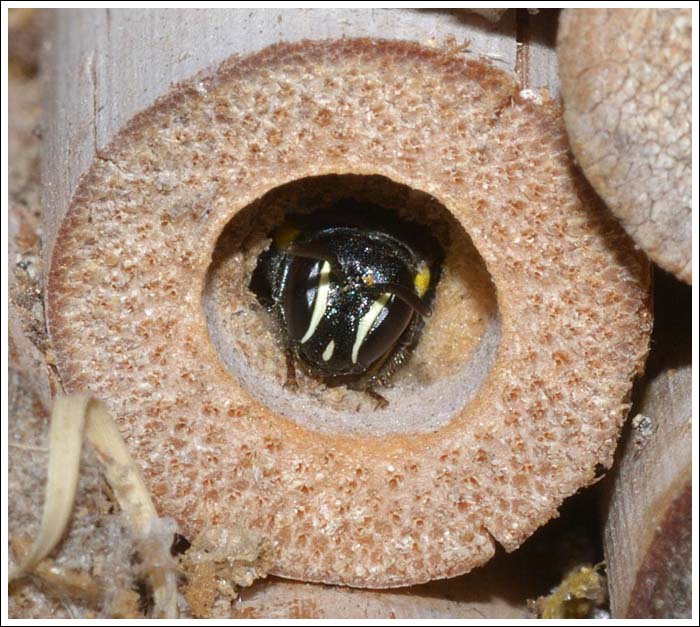 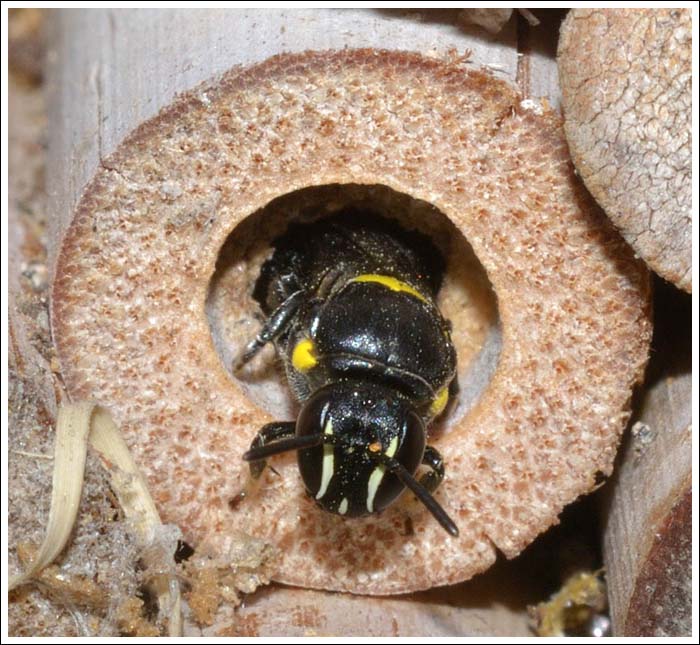 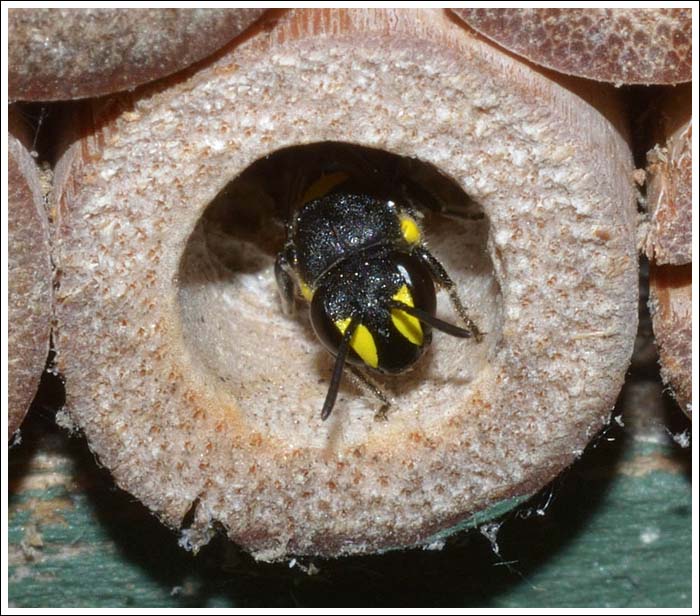 A female Blue-banded Bee, Amegilla cingulata has also made an appearance, visiting the Derwent Speedwell and Vanilla Lily for pollen. 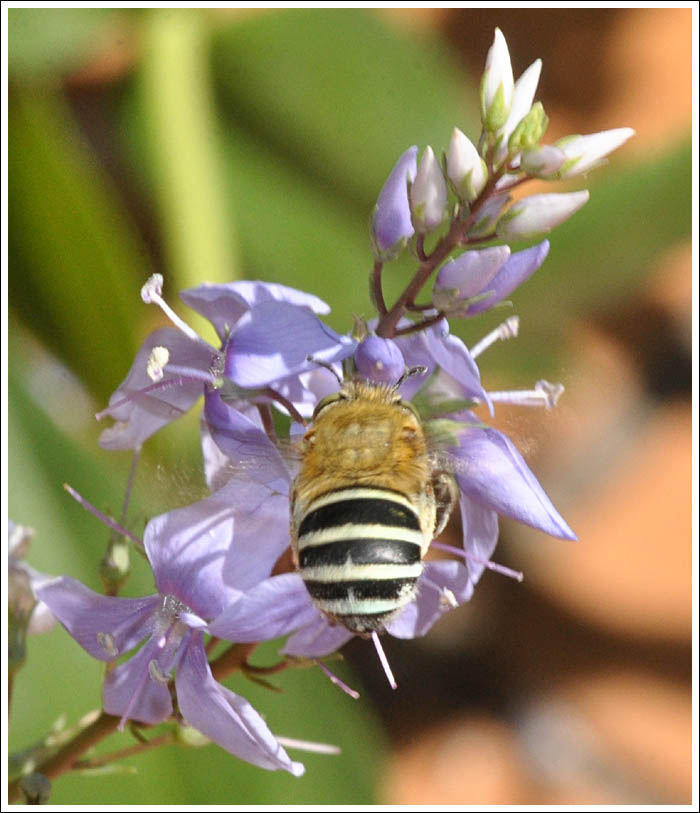 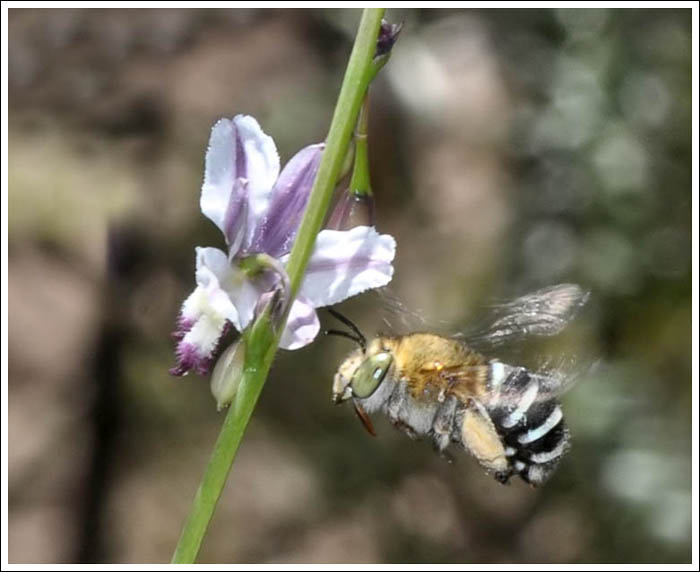 With warmer weather here the sand wasps, Bembix species are about in numbers, digging nest holes and feeding on nectar from the Leptospermum macrocarpum. Although dripping with nectar these flowers are not visited by honey bees that are busy in the adjacent grevillea. Apparently the nectar is not to their liking, although the occasional native bee will partake. 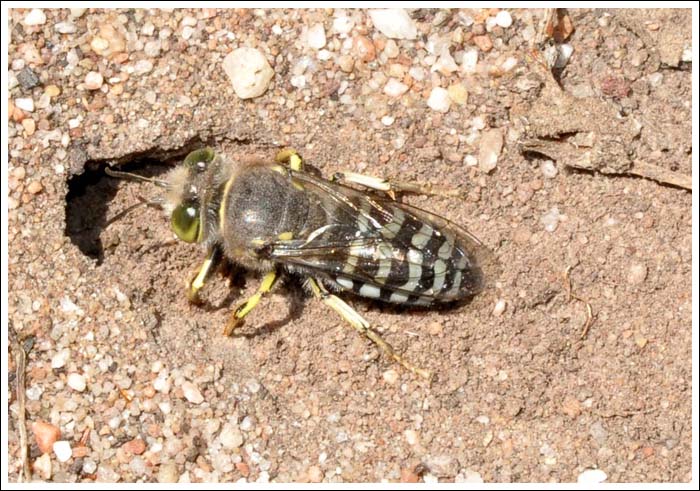 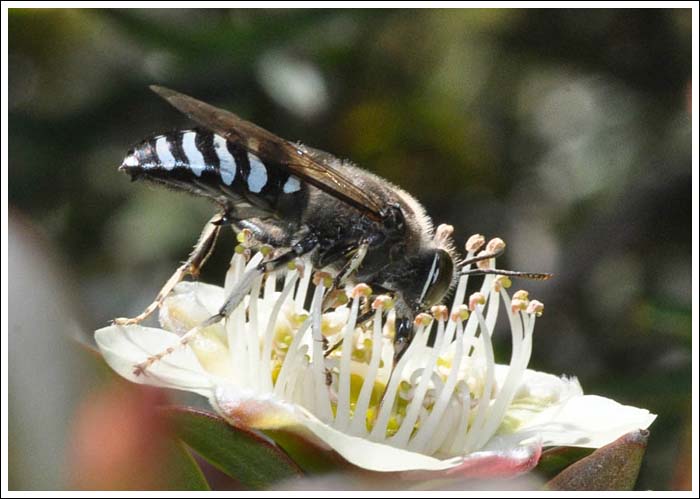 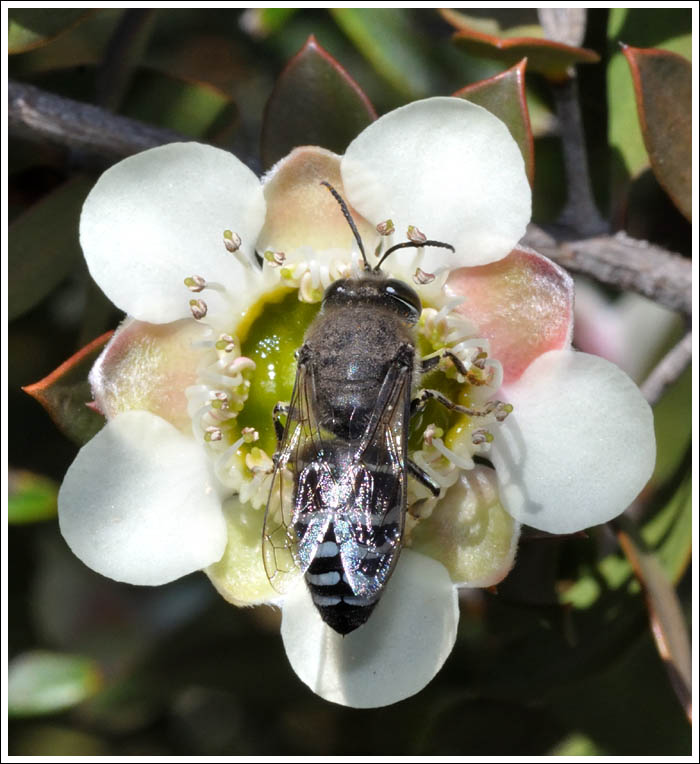 Odonata too are starting to show up. 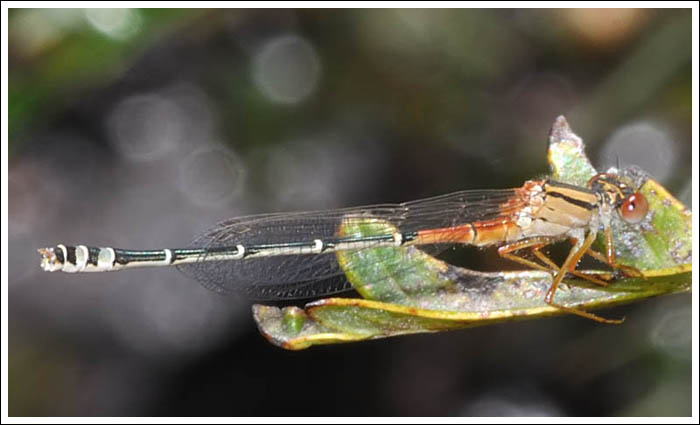 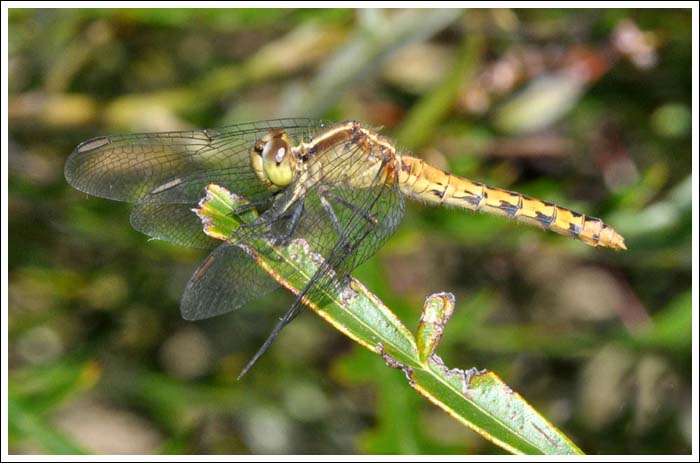 And to conclude, a first record for the garden, Maratus pavonis. 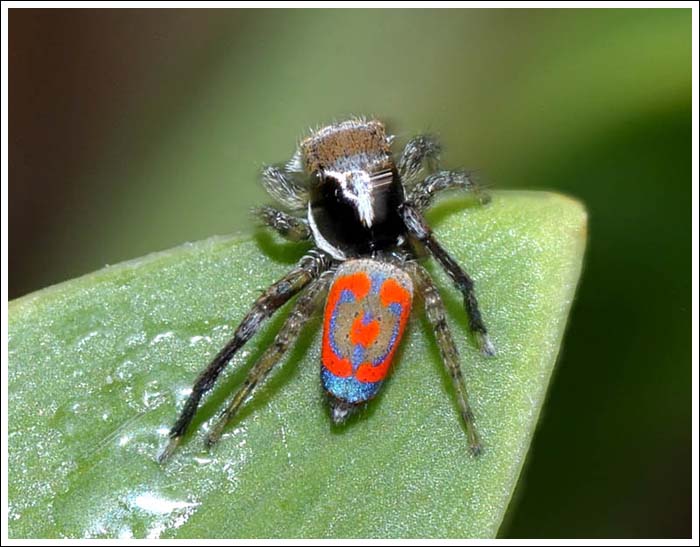 Most images will enlarge with a click, mouse over to check.

Leafcutter Bees, genus Megachile, are solitary bees, the females giving the common name by cutting pieces of soft leaf to make little compartments to house each egg and food for the larvae. The first sighting of this bee was during a garden wander with the camera, it came into view carrying a leaf piece, then landed on a grevillea flower raceme where it spent some time feeding on nectar. Hunger satisfied it flitted, too quickly to follow. Click bee and nest images to enlarge. 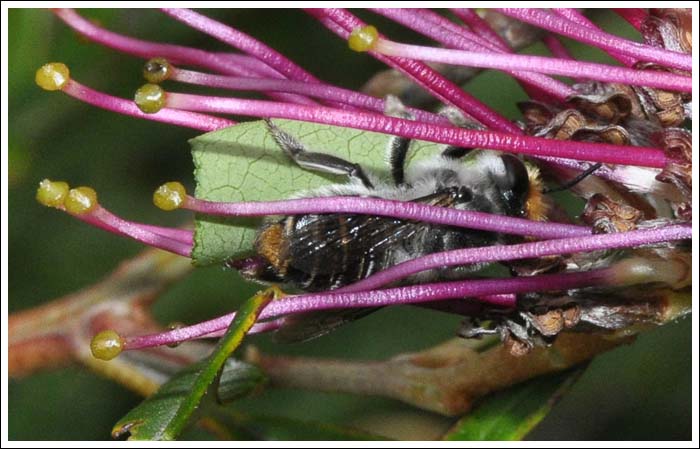 Next day the area was checked from time to time, and then success, she appeared carrying another leaf piece and flew straight to her nest burrow between two rocks edging a raised bed. 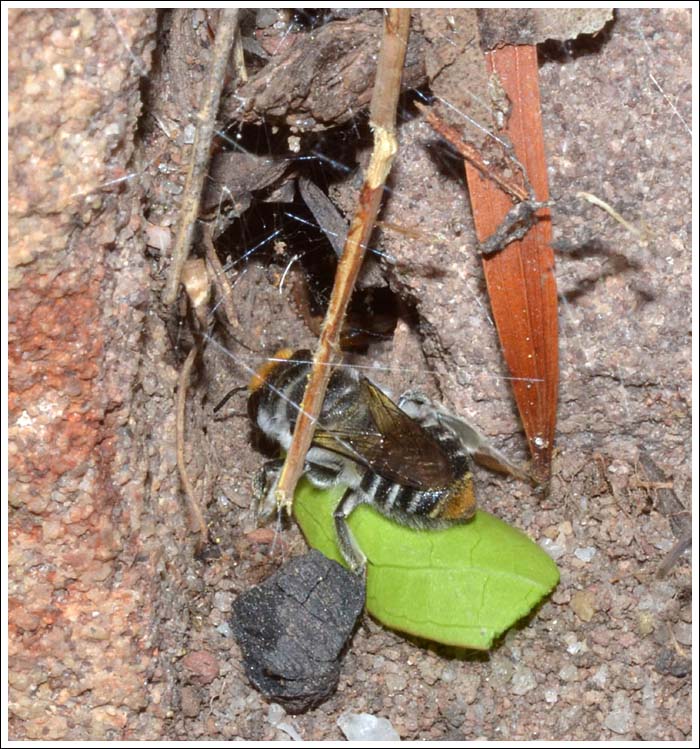 The nest burrow with excavated sandy soil is visible at the base of the rocks. 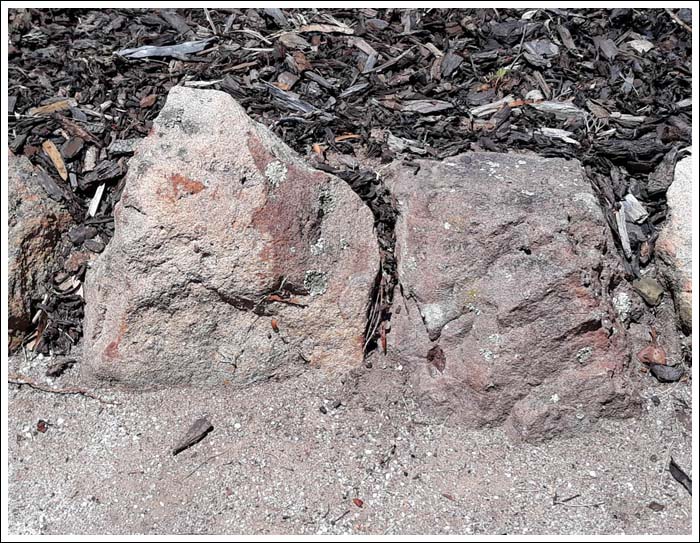 With the camera tripod mounted, more shots of her were taken. 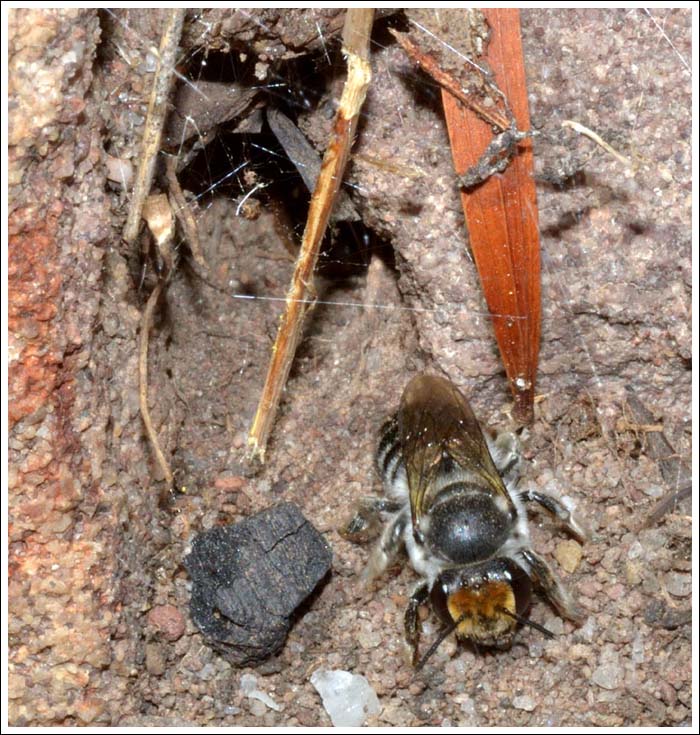 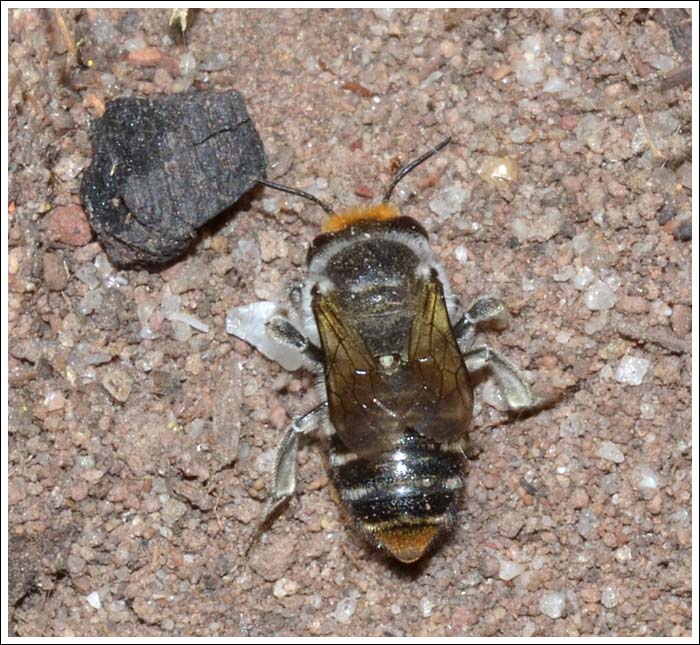 Afterwards the entrance to her burrow was cleared a little and a redback spider resident above was removed. The next day Mitch from the Woolenook Native Nursery called in for a look, and his knowledge resulted in us finding the source of her leaf pieces, two Hardenbergia violacea plants  fifty metres away. While we watched she arrived, and took just three or four seconds to sever a piece and fly off. The time taken for the each collecting trip is little short of amazing, just a minute or two. 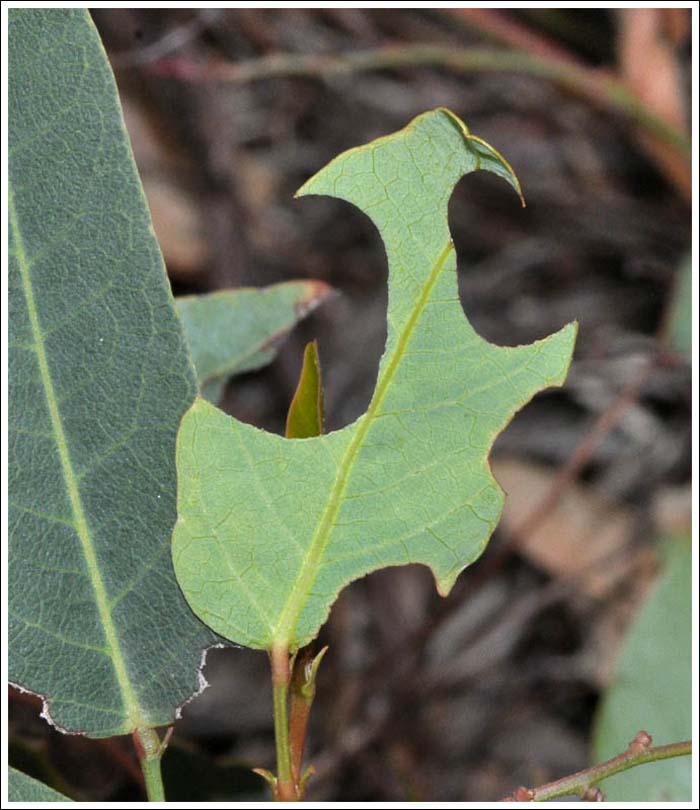 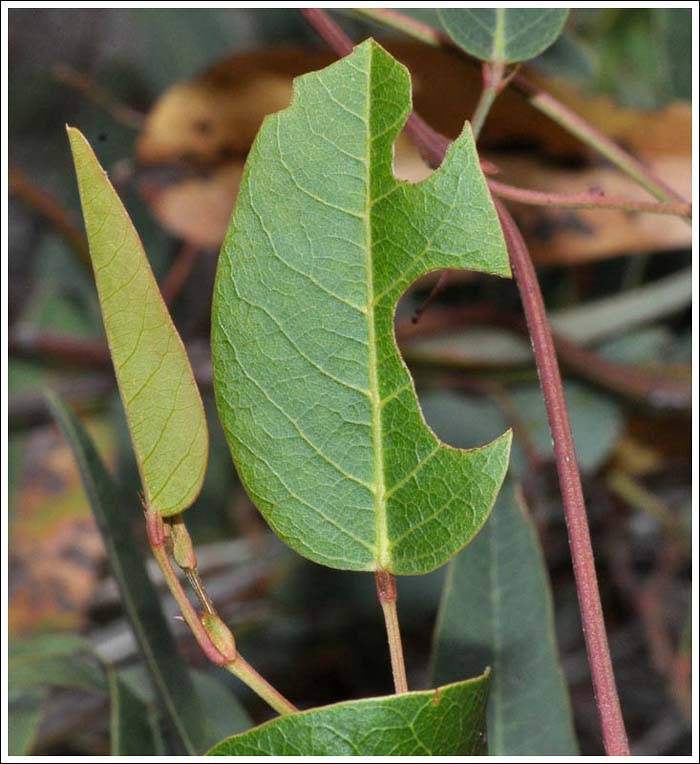 Next day she was still hard at work. 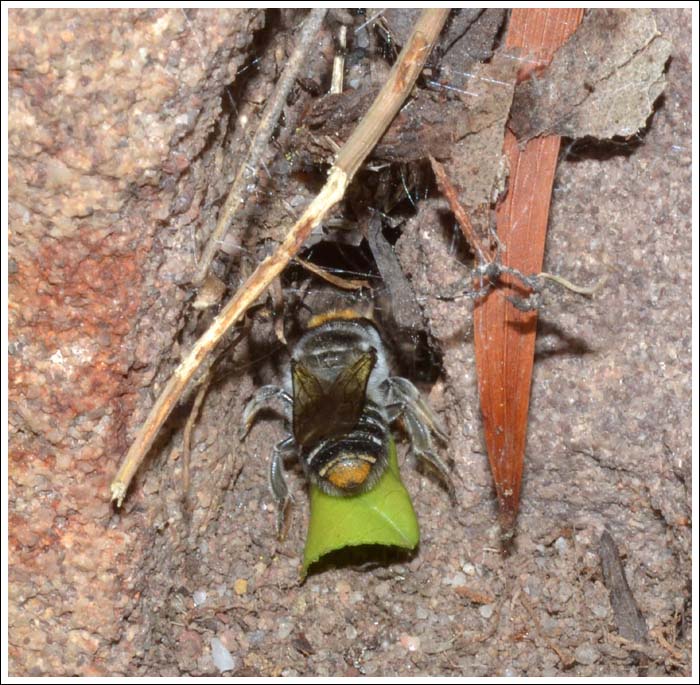 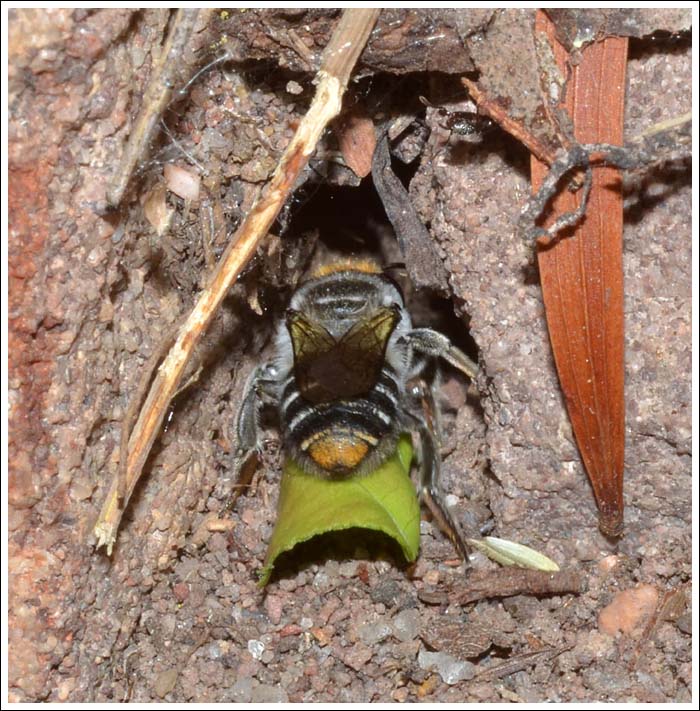 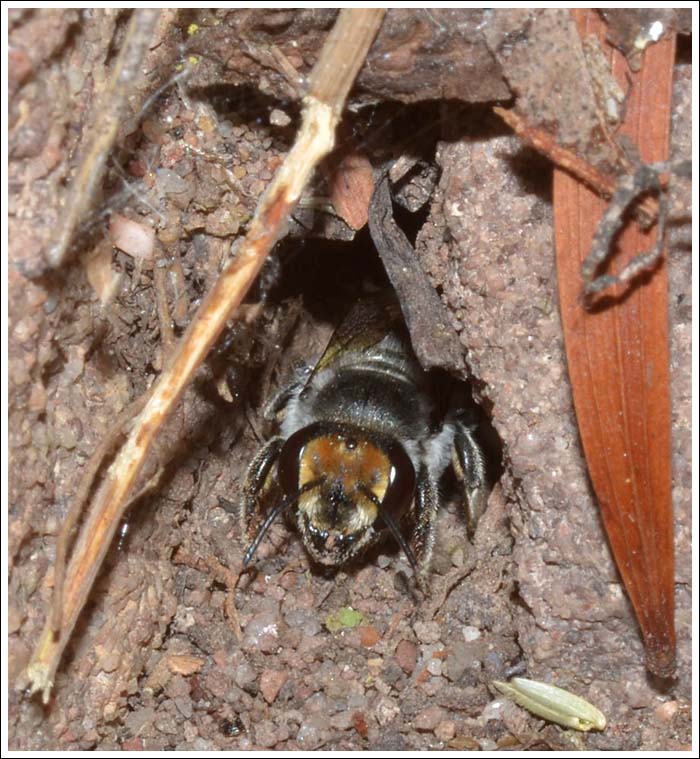 Efforts to photograph her cutting a leaf have so far been unsuccessful but will continue.