All summer the garden has been bereft of smaller native birds, but suddenly things have changed. A sizable flock of New Holland Honeyeaters has descended on the grevilleas,with an Eastern Spinebill also making an appearance. A flock of eight Superb Fairy-wrens works through the lower shrubbery several times a day, while Brown and Yellow Thornbills have been fossicking through the higher foliage. Yellow-rumped Thornbills are also back in numbers, getting their sustenance from the dry open grassy areas. It’s good to get have them back. 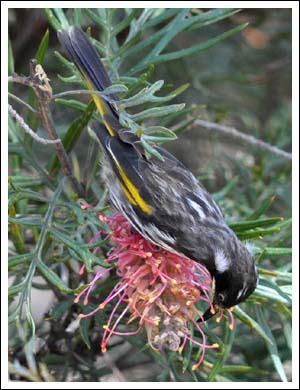 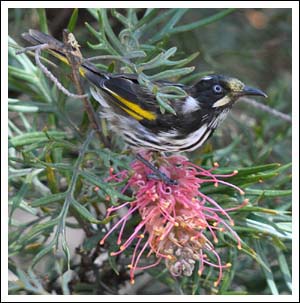 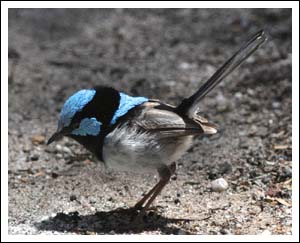 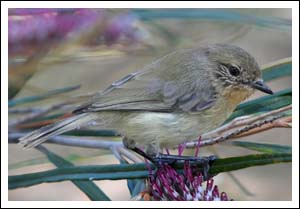 Also good to see, a pleasing number of Latham’s Snipe in the local Macalister Wetland Reserve, where yesterday they were successfully recorded by a visiting Japanese TV film crew. The drying wetland is also supporting a large number of Masked Lapwings, Yellow Spoonbills including an adult with two dependent young, and Australian Spotted Crakes, as well as the usual swamphens, moorhens and duck species.

This Apoid wasp species was observed digging a vertical tunnel in hard ground. In contrast to the sand wasp that throws the spoil backwards as it digs, this one backs out of the tunnel with a parcel of spoil which it discards with a flick of the feet a few inches away from the tunnel opening. Being very fast moving, the photography was difficult. 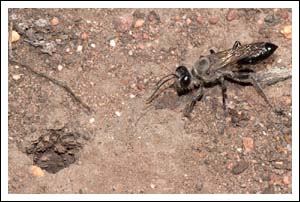 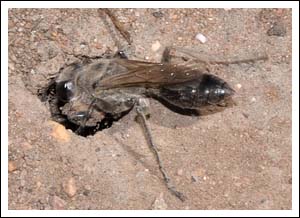 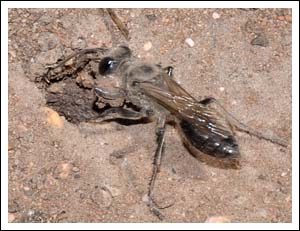