With spring fast approaching and a break in the windy weather, a wander in the box/ironbark bush at Glenmaggie was called for to investigate the state of play. With the general lack of invertebrate life last season, regular surveys will be in order to see if there is any improvement. Despite the warm sunny day there was little to see in the way of insect life, and no spiders were noticed. The Golden Wattle is in flower but despite extensive searching only an occasional flower fly, Lauxaniidae species was found feeding on pollen. 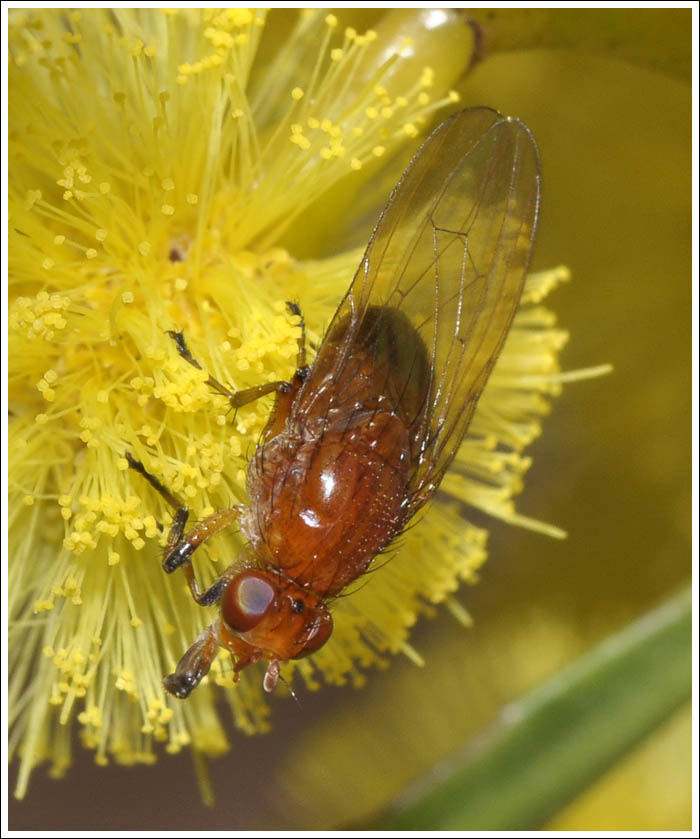 There was little to be seen in the leaf litter, a fast moving Red-headed Spider Ant, Leptomyrmex erythrocephalus was finally snapped, 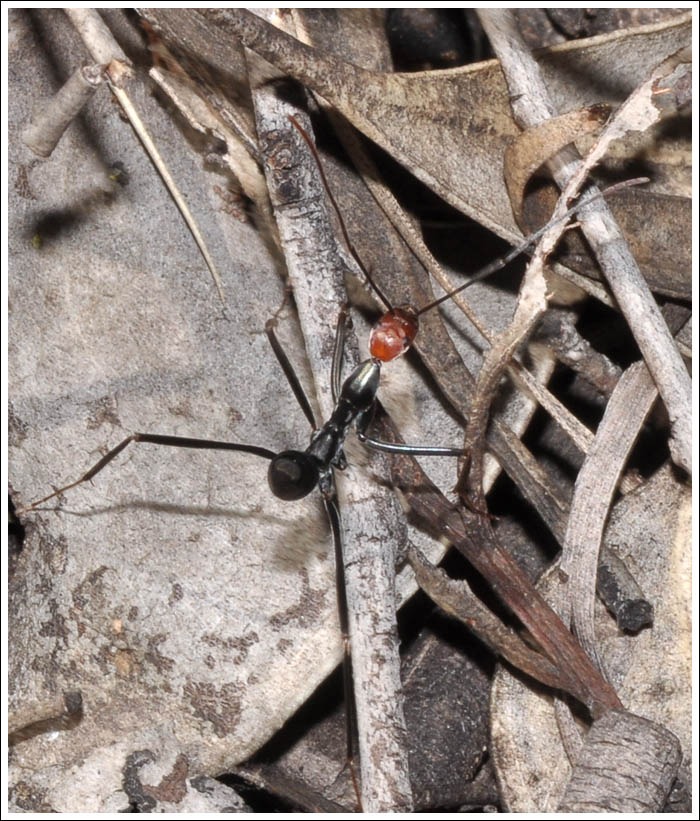 And after a short pursuit this small Tortricid, Sciaphila debiliana was also on the card.
The larvae of this moth, as with many similar, feed on dry gum leaves on the forest floor, helping to recycle and reduce fire risk. 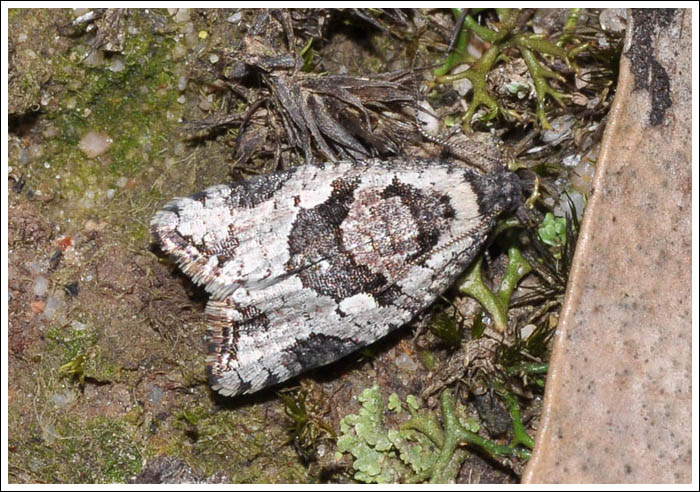 Bird life was also very sparse, with a small party of White-winged Choughs the most noticeable. The final photo for the trip was bird related with this found deep in the bush. With the Heyfield golf course three kilometres away, a powerful drive would be out of the question, the culprit therefore has to be a Little Raven discarding what it thought was a tasty egg. This is a common occurrence, golf balls are regularly picked up in the home paddock, purloined by the resident Little Ravens from the local course 1.5 km away. One was also picked up at the base of a fence post at the riverside reserve, with the cover well pecked. 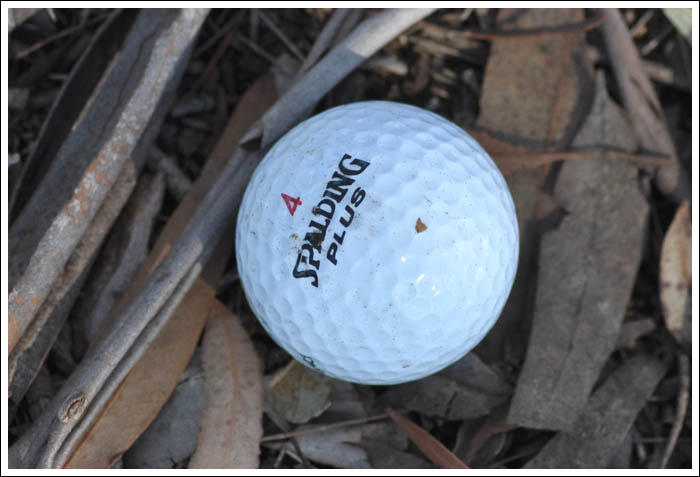